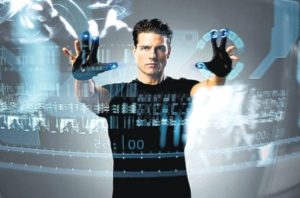 It’s the first week of March, and though the weather may not be showing it, the changing of the seasons is starting to happen.  What is staying consistent is the ongoing march of technology. Be it articles on Protego about Section 230 of the CDA and the impact of the IRA on minority citizens, predicting criminal behavior, cyber deterrence, and Big Tech under fire, there is a lot happening in this week’s Protego Press Roundup.

In Case You Missed It: Joshua Geltzer wrote an article examining if it is time to update Section 230 of the Communications Decency Act? He looks at it from two groups: one which thinks that Section 230 demands neutrality from tech platforms as a predicate for immunity, the other which thinks that the provision completely frees tech companies from responsibility for moderating content on their platforms.

In Case You Missed It II:  Bishop Garrison provide an argument on Why Congress Must Protect Black And Latino Americans From Russian Operatives’ Social Media Experiment In 2020.  The Senate Select Committee on Intelligence recently found Russia’s Internet Research Agency (IRA) coordinated disinformation tactics during the 2016 elections, and targeted Latinos and African Americans to exert political influence and exacerbate social divisions in U.S. culture. Bishop argues that it’s imperative for Congress to pass legislation to protect the 2020 election.

Predicting Criminal Intent? In a scene reminiscent of the Precogs from the movie Minority Report, a Japanese company, Vaak, has developed software that uses artificial intelligence to detect body language suggesting someone intends to shoplift and alerts staff so they can intervene. Bloomberg reports that Vaak’s software works by tapping into the live security camera feeds a retail store has installed, and monitoring for body language that shows nervous behavior. The goal – to prevent theft before it ever happens.

Time for Cyber Deterrence.  Rob Joyce, the senior advisor to NSA Director General Paul Nakasone, warned last week at an Armed Forces Communications and Electronics Association (AFCEA) chapter meeting that the US government needs to do more than just counter cyber attacks launched against the US. According to a report by CyberScoop’s Sean Lyngaas, Joyce was quoted as saying “We have to impose costs in a visible way to start deterrence. We have to go out and try to make those operations less successful and harder to do.”  This comes on the heels of an EO last September by the Trump Administration on cybersecurity, and an update to the Department of Defense’ cyber strategy from late 2018.

Census Bureau Demo Day: Chase Gunter over at FCW has a great write up on the demo day that was held by the Census Bureau last week  According to Gunter: “the Census Bureau showcased a variety of open data and AI tools aimed at addressing challenges ranging from disaster recovery to health care to the workforce…  Among the presenters were a group of deliveries from the Department of Health and Human Services’ TOP Health tech sprint, stood up with help from Presidential Innovation Fellows.”

Big Tech Under Fire: Big Tech was in the news on several fronts last week.  On Tuesday, Congressional Democrats embarked on a wide-ranging campaign to probe Facebook, Google and their peers in the tech industry, a new burst of oversight that could bring heightened attention to some of Silicon Valley’s controversial business practices.  Rep. Jan Schakowsky (D-Ill.) opened the session by saying some tech giants’ data-collection practices “undoubtedly give Americans the creeps,” pointing to recent reports that apps pass sensitive information, including details about women’s menstrual cycles, along to Facebook. And on Wednesday, the Senate Commerce Committee held its first data privacy hearing this year, with lawmakers questioning the industry’s support for sweeping federal privacy standards.

Also on Tuesday, the Federal Trade Commission (FTC) announced the launch of a task force aimed at monitoring competition among the country’s tech companies. The task force, which will consist of current officials with the FTC’s Bureau of Competition including 17 staff attorneys, will work to “identify and investigate potential anticompetitive conduct,” the bureau’s director, Bruce Hoffman, told reporters.

Finally, after public pressure, Amazon and YouTube made significant changes to core policies.  YouTube said Thursday that it will block users from commenting on most videos that feature minors, responding to reports that pedophiles had used comments to find, track and exploit children. And, after US Rep. Adam Schiff (D-Calif.) sent a letter to Amazon’s CEO Jeff Bezos on Friday about the e-commerce giant promoting products and content from the anti-vaccination movement, Amazon pulled anti-vaccination documentaries from the company’s Prime Video service.

By Protego Press 7 months ago

By Protego Press 7 months ago