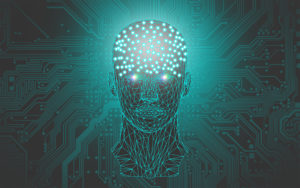 As we enter the second week of February, technology continues to make headlines.  Whether it’s ongoing developments related to Facebook and Amazon, fake news or Artificial Intelligence and the government, lots to discuss in this week’s Protego Press Roundup:

In Case You Missed It. Zach Graves wrote a piece about the Government Accountability Office’s announcement that it was forming a new office to aid Congress in understanding science and technology matters. This office, the “Science, Technology Assessment, and Analytics” (STAA), will hopefully help improve science and technology capacity in Congress. And, if you are interested in learning more, the Lincoln Network and Arizona State University’s Consortium for Science, Policy & Outcomes are co-organizing an invitation-only convening on STAA on February 19, 2019. Contact Zach if you’re interested and work in a relevant field.

Fake News and the Digital Age Gap:  A recent article by Gillian Tett at the Financial Times does a great job summarizing a recent studies on fake news.  Among those highlighted are that that far fewer people are consuming or sharing fake news than we think, and that people over the age of 65 were “sharing nearly seven times as many articles from fake news domains on Facebook as those in the youngest age group, or about 2.3 times as many as those in the next-oldest age group, after adjusting for ideology, education and differing levels of social media usage”. The implications of this are sure to be debated in the years to come.

Amazon Joins the Call for Legislation on Facial Recognition Tech: After months of press on the innovations coming from Amazon on facial recognition, this week the company joined the call for legislation regulation the use of such technology.  The Company wrote a blog post with its suggested guidelines, where they called for an “appropriate national legislative framework” while also advocating for “continued innovation and practical application of the technology”

Trump’s Lays Out Artificial Intelligence Order: In what is sure to spur additional comparisons to being the new version of an arms race, the US laid out plans to become the world leader in artificial intelligence by 2030.  President Trump, via executive order, operates almost like a playbook, but leaves open a huge question about where the funding for new Artificial Research will come from, especially given the amounts that Chinese cities are spending.

U.K. Must Regulate Power of Facebook Over News, Report Finds: In a striking rebuke to Google and Facebook, the Cairncross Review, recently Monday, urges the UK to implement safeguards to address the inequality between publishers and tech platforms in order to promote quality journalism. The report commissioned by the government to find remedies for the struggling local press, calls for codes of conduct and the creation of a regulator which would be vested with enforcement powers.

Russia Plans to Disconnect From the Internet: The move has been in the works for years, and is intended to seal Russia off from incoming cyber attacks. ISPs in the region are now preparing to test it before April 1. ZDNet reports that a draft of the law required that Russian internet service providers must ensure the independence of the Russian internet space in the case of foreign aggression to disconnect the country from the rest of the internet.  However, some observers told the British publication that they believe the move is another step toward duplicating China’s Great Firewall.

By Protego Press 9 months ago

By Protego Press 9 months ago

By Protego Press 10 months ago

By Protego Press 10 months ago