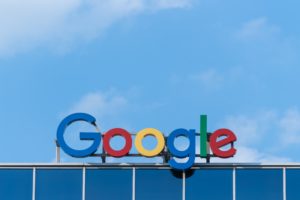 Last week we marked the beginning of Spring with the Vernal Equinox, and saw plenty of excitement in the political sphere with the completion of the much awaited Mueller report being delivered to Attorney General Barr.   And, as always, there is plenty of movement in the tech policy world as well, be it fines levied by the EU, privacy issues, bias in AI and how to contemplate tech’s legal responsibilities, all in this week’s Protego Press Roundup.

In Case You Missed It: Following Facebook’s disclosures about the viral spread of the New Zealand terrorist attack, Josh Geltzer wrote that Facebook’s new disclosures prompt four initial thoughts in Sizing Up Facebook’s New Disclosures About the Christchurch Shooting.

EU Levies $1.7 Billion Fine Against Google: European Union regulators hit Google with a $1.69 billion fine on Wednesday for blocking rival online search advertisers, marking the company’s third penalty in two years.  The European Commission said Google had placed exclusivity contracts on website owners, stopping them from including search results from Google’s rivals.  European Commissioner for Competition Margrethe Vestager was quoted saying “Google has cemented its dominance in online search adverts and shielded itself from competitive pressure by imposing anti-competitive contractual restrictions on third-party websites… This is illegal under EU antitrust rules.”   Kent Walker, Google’s senior vice president for global affairs, said the company has “already made a wide range of changes to our products to address the Commission’s concerns. Over the next few months, we’ll be making further updates to give more visibility to rivals in Europe.”

New US Chief Technology Officer: Michael Kratsios, previously the deputy US CTO, has been named the new CTO for the Trump Administration.  The CTO position advises the president on tech issues, works to shape tech policy and importantly serves as a link to the private sector. “We are going to continue to pursue what I would argue is one of the most aggressive technology agendas and this includes continued efforts in artificial intelligence, in quantum computing, in 5G and in advanced manufacturing,” Kratsios said, adding that his goal is to make the U.S. technology the “greatest.”

Facebook Passwords Stored In Plain Text: Once again, Facebook finds itself with a major security flaw.  According to a senior Facebook employee, between 200 million and 600 million Facebook users may have had their account passwords stored in plain text and searchable by more than 20,000 Facebook employees. Although there’s no evidence of abuse, at least 2,000 Facebook employees searched through the files containing passwords, though it’s not clear what for. The password logging reportedly started as early as 2012.

Extremist Content Like Junk Mail?  Protego Press editor Dipayan Ghosh spoke with Molly Wood about how hard it is for big platforms to both monitor huge amounts of content online and also make difficult decisions about blocking or minimizing that content. But Ghosh also said it’s also not that hard.

UK Government Grapples With Bias In Artificial Intelligence:  After recent advancements in artificial intelligence, highlighted by companies like Google and Amazon, the UK’s Department of Digital, Culture, Media and Sport (DCMS) has unveiled the Centre for Data Ethics and Innovation, with one of the first project focusing on the idea of programmed or learned bias in the algorithms which power AI. In the press release announcing the initiatives, DCMS stated that “Algorithms have huge potential for preventing crime, protecting the public and improving the way services are delivered. But decisions made in these areas are likely to have a significant impact on people’s lives and public trust is essential.” Digital Secretary Jeremy Wright continued:  “Technology is a force for good and continues to improve people’s lives but we must make sure it is developed in a safe and secure way.”

Tech’s Legal Responsibilities: Microsoft Corp. President Brad Smith waded into the debate over what legal duties tech should have for content in the wake of the mosque killings in New Zealand.  “There are legal responsibilities that need to be discussed,” Smith, who’s also the software maker’s chief legal officer, wrote in a Sunday blog post that said a company team had begun a pre-planned trip to the country the day before.  Smith’s comments echo thoughts by Trooper Sanders in his piece: Driving Genocide: AI, Autonomous Cars, and Human Rights, and is sure to be an issue that will be debated going forward.