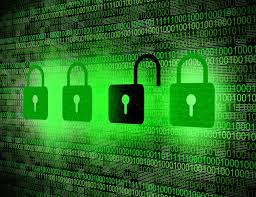 Inadequate security of computers, networks, systems, and data can devastate the economy, upend the lives of individuals, weaken national security, and even undercut the foundations of our democratic system.  The United States continues to face persistent threats to public and private infrastructure from increasingly sophisticated and determined adversaries, making it more urgent than ever to develop a whole-of-nation response.

The United States has made great strides on some aspects of its cyber strategy to better address these threats.  For instance, the U.S. Defense Department in 2018 announced a “persistent engagement” strategy, which recognizes that cyber threats are continuous rather than episodic events, as they have often been treated.  The new military strategy includes an operational concept known as “defend forward,” in which the United States will conduct operations outside of military operations with the goal of positioning itself to degrade cyber operations, gather information about threats, and influence adversaries to cease their malign cyber activities directed toward the United States.

While the United States has made some progress in developing a more aggressive military cyber strategy, that is only part of the equation.  Equally important to combatting the persistent threats is improving domestic cybersecurity.  This task is particularly challenging, as much of the infrastructure and data that adversaries target is controlled by the private sector, not the government.  Attacks targeting Sony, Yahoo, the Democratic National Committee, and so many other non-governmental organizations have had severe consequences for the U.S. economy and national security.  Accordingly, any comprehensive and effective national cybersecurity strategy must account for – and, ideally, influence – the cybersecurity of the private sector.

The government’s most powerful lever for influencing the private sector is its lawmaking.  Whether through carrots such as technological assistance, education, or tax credits, or through sticks such as regulations and the enabling of private causes of action, U.S. laws can help to shape the private sector’s approach to cybersecurity.

Unfortunately, the cluster of state and federal laws that broadly make up U.S. “cybersecurity law” is outdated – often decades-old – and lack a common purpose to address today’s cybersecurity threats.  I have broadly described these laws in a 2018 Iowa Law Review article, Defining Cybersecurity Law.  In that Article, I explained how laws related to data security, computer hacking, consumer protection, and privacy can broadly be considered part of “cybersecurity law,” and I highlight areas where they are lacking and uncoordinated.

Now, in a forthcoming article in Illinois Law Review entitled “Hacking Cybersecurity Law,” I build on this research by setting forth guiding principles for policymakers to hack cybersecurity law.  By “hacking,” I do not mean the type of unauthorized access to computers that is covered under the Computer Fraud and Abuse Act (one of the many statutes that I include in my definition of cybersecurity law).  Instead, I refer to another definition of hacking: taking a bold move intended to improve something; or, as Merriam-Webster defines the term, “to cut or shape by or as if by crude or ruthless strokes.”

Cybersecurity laws are so misaligned with current threats and challenges that policymakers cannot fix them through modest refinements or amendments. A radical rethinking and overhaul is necessary: in other words, a hacking.

This dramatic new approach can include new statutes, new regulations, and even new exercises of authorities under existing statutes and regulations.  The ultimate goal is to better align the legal rules – particularly those that govern private sector cybersecurity – with methods that effectively combat existing and future cybersecurity challenges.

This hack requires radical change to better align the many different areas of the law with a common goal: protecting the confidentiality, integrity, and availability of information, systems, and networks in the public and private sector.  The hack must position U.S. laws not only to address the imminent cybersecurity threats that we face but also to provide sufficient flexibility to effectively fight future threats.

That’s all easier said than done.  Because U.S. cybersecurity law spans so many different areas of federal and state law, executing this hack is not an easy task.  It would be foolhardy and presumptuous to list a narrow set of discrete proposals to “fix” the broken cybersecurity legal system.  Such work may come in the future, but the first task is to better understand what we want our cybersecurity laws to look like.  The hack requires a set of common values and principles to guide policymaking at the state, federal, and global level.

By Ellen P. Goodman and Kayvon Paul 7 months ago

By Nidhi Hebbar 7 months ago

By Andrés Calderón 8 months ago

By Elizabeth Allendorf 8 months ago

By Akriti Gaur 9 months ago