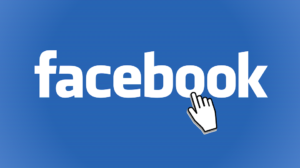 Last week, Mark Zuckerberg announced “A Privacy-Focused Vision for Social Networking”.  “I understand that many people don’t think Facebook can or would even want to build this kind of privacy-focused platform,” he writes, “because frankly we don’t currently have a strong reputation for building privacy protective services.”  The reactions to his post were mixed, with some arguing that Facebook was not to be trusted or that they were hiding something.  Curious to know what others thought, we asked leading experts for their opinions on what this announcement really means.  Below are their responses:

Karen Kornbluh: The announcement puts in stark relief the need  to address what the Europeans call data protection. Encrypting private conversations will do little to enhance data protection —  tech companies will continue to collect, share, and use information on who we are and what we do on and offline. This data can tell others  — including employers, the government, and those who might like to manipulate us for political or commercial reasons of their own — more about us than we know or would like them to have. The companies that collect and share our data have different incentives than us and though it often appears we have the choice not to share, we lack options, information about how our data is gathered and will be used, and incentives to protect the data of our friends or society overall from the impact of our potential manipulation.

Alexander Macgillivray: A lot of this announcement was inevitable or announcing what had already happened, such as the focus on messaging, which is likely already the majority of how Facebook counts engagement, and tacitly giving up on being in China, though Facebook in China was unlikely to be possible and they’ve already lost there. The reactions were brutal. On what was essentially good news, Zuck has a hard-won and real problem with credibility and huge distrust of his motives. That ain’t good.

Bishop Garrison: I’m incredulous. I want to believe Facebook is going to make significant strides to change their business practices, but they really don’t have a monetary incentive to do so. When your entire business model is predicated on selling privacy data, is it really in your interest to begin protecting and not sharing that data?

Alice Stollmeyer: Notably absent from Zuckerberg’s apparent remorse is that Facebook does not prevent itself from using the data its users entrust it with. WhatsApp still won’t work if it is not allowed to copy address books, and data marked “private” can still be shared between Facebook and whoever pays them enough. Those seeking true privacy instead of “feeling privacy” should stay away from any Facebook/WhatsApp/Instagram messaging.

Joshua Geltzer: Big-picture, I’m struck by how utterly non-responsive this announcement is to today’s leading concerns about platforms like Facebook.  The company’s pledge to emphasize private chats offers no help for the troubling content circulating on public conversations, such as material intended to recruit terrorists or to disrupt democracies through disinformation–if anything, it might push that content where it’s even harder to address it.  And the announcement essentially redefines “privacy” in a way that makes the company seem to address key concerns without actually doing so: most leading critics are concerned about user privacy in the sense of what companies like Facebook do with user data, not about whether users are able to engage in private conversations–which they already are via WhatsApp and other tools.  All told, the announcement seems designed to shift the public conversation away from valid concerns rather than actually addressing them.

Sarah Hunt: Facebook’s new commitment to improve consumer data privacy is a direct response to shareholder and user demand for increased security. But it also stands to exacerbate Facebook’s existing tension with elections regulators who want more transparency around political activity on the platform. What will happen now when foreign influence operations abuse the new encrypted features to interfere with our 2020 election process? This privacy initiative will come at the cost of limiting Facebook’s ability to identify suspicious activity in its messaging applications — and does nothing to address the ongoing challenge of political disinformation spreading in newsfeeds. More privacy means Facebook users will need to step up their personal practice of the adage, “eternal vigilance is the price of liberty.”

Justin Hendrix: Like so many statements from Facebook, this one cannot be taken at face value. This appears to me as a naked attempt to integrate the company’s products to create an argument against breakup by regulators.
Tags: Facebook

By Akriti Gaur 4 months ago

By Victoria Parsons 6 months ago

By Erik Martin 10 months ago

By Protego Press 12 months ago