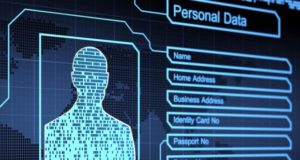 If after ten minutes at the poker table, you do not know who the patsy is—you are the patsy. – Poker Proverb

Imagine if someone was able learn everything about you.  Not just the color of your eyes or where you went to school, but rather the size of your pants (and how that’s changed over the past few years), your internet search history, your favorite brand of ice cream, your first pet’s name.  Essentially, your innermost fears, your favorite likes, your background and your thoughts and feelings about almost any event. You’d probably be ok if that person was a parent or significant other.  But, what if it was a person, or perhaps even a machine. Concerned? You should be.

Technology and social media companies dominate the world we live in today. They long ago figured out that the data they collect can be used for advertising, allowing them to create a recurring revenue stream without charging you for access to reconnect with high school classmates or follow the cast of Saturday Night Live.  Data, to these companies, is the fuel that powers their economic engine.  However, a data inefficiency exists – your data is in fact no longer your data. Rather, it belongs to a bunch of companies are attempting to all monetize the patsy at the table – you.  This happens because the relationship is completely one sided, with little hope for arbitrage.  Companies that are collecting the data are the ones that value the data, the ones that leverage the data and the ones that manipulate the data.  And, as more and more devices become connected, more and more data is collected, refined, extrapolated and monetized.  Consumers are not only blissfully unaware, but are willfully providing the data, sometimes with little to no faith in the companies they are providing it to, nor an understanding of where there data goes once gathered. Consumers, in fact, have become the serfs in the corporate kingdom.

As the collection and monetization of personal data accelerates, it is imperative that we look at not only what data is being collected, but by whom, how it is stored, with whom it is shared, and what happens to the data once it begins its journey outside the controls of the consumer.  Consumers must begin to truly understand the bargain they are entering into to keep things free, corporations must return the ownership of the data back to the consumers, and regulators need to reflect the changing times and pass legislation that reflects the current state of data collection, and allows for innovation and acceleration while still safeguarding consumers.

To be fair, the concept of buying and selling of personal data isn’t a new phenomenon.   Every transaction an individual enters into generates some form of data, and by the late 1960s and 1970s, the US government stepped in, passing the US Fair Credit Reporting Act 1970 and the US Privacy Act of 1974.   These laws laid the groundwork for the information practices that continue to shape US data protection today.  Unfortunately, these laws have become antiquated, as data companies have realized that the greatest asset they own is the data on their consumers and their behavior. And, the risks and implications around the collection and use of consumer data are now greater, and the impacts more meaningful and disruptive, than ever before.

Every day, each consumer generates massive amounts of data.  Sometimes, consumer data is even being created and captured by companies that you have no relationship with and have never directly interacted.   Companies including advertisers, marketers and insurance companies realize that knowing who the target audience is, along with what motivates and influences them, can make all the difference in hitting financial goals and metrics.  And, companies such as social media platforms and gaming companies have realized that by using consumer data sets and past behaviors, they are able to create more tailored and customized experiences, resulting in longer engagement time and more expensive advertising real estate. Forrester Principal Analyst Sucharita Mulpuru-Kodali has even been quoted saying that: “Anybody that’s got data right now is in the business of trying to make money off of it.  Why not take advantage of it, especially if you can do it under the radar?”  But, it’s exactly those companies operating under the radar that should cause extreme concern among consumers – who is collecting my data, how are they using it, and with whom are they sharing that data should be essential questions in this data driven world.

In order to have a deep discussion on personal data, it is important to understand the different types of data that are lumped together as “personal data”.

Given all these types of data, why doesn’t the average consumer know what is being collected and by whom?  The primary issue is that most consumers are so busy, distracted and overwhelmed by technology, they don’t read the terms of use for every single interaction, and every update that is provided to the user (for example, just remember every time you update your OS, visit a website or receive an email with updated terms of service).  Even if they were, the legalese that is used in most terms of use is complicated, confusing and not always accurate with the actual behaviors of businesses.  Opting out of sharing data often results in being prohibited from using any and all services related to that company. Even if a consumer does understand both who and how data is being shared with the company, there is almost never disclosures about who else has access to that data.  And, finally, there is a resignation to consumers that they have no choice in the matter – to use the leading service, one must opt in to their terms, and network effects diminish the ability to find alternative platforms.  All of which leads companies to have the mistaken belief that the personal data is actually the companies data!

Every company, in one form or fashion, is collecting data.  Some have massive amounts, some smaller. But, as evidenced by both the ongoing breach notifications that seem to constantly occur, and the news stories about personal data being harvested or misused, companies big and small, for profit and not for profit, all are prone to this collection.  Here are a few recent examples, that happen to be large enough they have been reported on:

These incidents show how indentured we are to the corporate kingdoms.  Consumers are often unaware, unable or unwilling to make changes to protect their data, even though the impact of the monetization of consumer data has the potential to be one of the largest of our GDP (it already is to the point of generating hundreds of billions in ad revenue per year).  In part 2 of this series, I’ll address examples of the types of data companies are now gathering and address the implications for consumers related to how their data is collected, mined and monetized, with the hope that consumers will at least recognize they may, in fact, be the patsy.  And, in part 3 of this series, I’ll present a framework to address the changing data model be addressed to protect consumers and their data.

By Ellen P. Goodman and Kayvon Paul 6 months ago

By Nidhi Hebbar 6 months ago

By Andrés Calderón 7 months ago

By Elizabeth Allendorf 7 months ago